Paragraph 19 of the National Standards for Enforcement Agents, published by the Ministry of Justice on 6 April 2014, states that:

“Enforcement agents must act within the law at all times, including all legislation …”

A High Court Writ is not to be regarded as a kind of blank cheque or a licence to act with impunity and yet certain Enforcement companies appear to think and behave otherwise.

This past week, the Court gave Judgment in an action brought by my client Neil Tunstall following trial. It found that Direct Collections Bailiffs Ltd (DCBL) were liable to my client for trespass, assault and Misuse of Private Information and awarded Neil  £10,000 damages plus costs.

Neil lived in a one-bedroomed ground floor flat in Kent and had done for approximately four months.  He was the lawful tenant.

On the afternoon of the 12th of June 2018, Neil was visited by a Mr Hussain who described himself as an Enforcement Agent employed by DCBL. He said he was looking for Nathan Beck.  Neil denied he was or knew Nathan to which Mr Hussain told Neil that he had to “prove it”. Neil considered Mr Hussain’s approach rude and arrogant and took exception. He said he didn’t have to prove anything.  Mr Hussain then showed some ID and advised that he had a Writ to enter the flat.

Mr Hussain then forced his way into the flat. Neil advised him to “get out” several times because he was causing Neil distress. Neil was obliged to call 999 and as he did so, Mr Hussain began to rifle through Neil’s belongings before taking a photograph of Neil’s tenancy agreement.

Having apparently satisfied himself that Neil was not the debtor, he then left.

The incident lasted no more than 5 minutes but had a profound and lasting impact on Neil.  Neil, who had a pre- existing anxiety condition, and who had previously experienced a period of homelessness, felt intimidated by the Bailiff and was outraged and upset that his personal privacy and the security of his home was being violated in such a disrespectful and uncaring manner.

Neil subsequently described feeling “terrified, helpless and pathetic…unable to assert my rights, unable to force him out.”

Because of how aggressive and rude Mr Hussain was, Neil recorded the encounter on his tablet and passed it to Rob Warner of Crimebodge fame who filed a video blog on You Tube about the case. With Rob and Neil’s permission, I attach the video below for you to view:


On viewing the footage and considering Neil’s instructions, I agreed with Rob that Neil had a good claim for trespass, assault and breach of privacy.

I will add here as an aside, that Neil was so (rightly) outraged by the Enforcement Agent’s behaviour, that he also reported the matter to Kent Police, only to be ‘fobbed off’ by them, notwithstanding the fact that the Police obtained a copy of the Writ and confirmed that Neil was not the debtor named on it, nor was his flat the address identified on it. Sadly, this just confirms my own pre-existing impression that the Police tend to look upon bailiffs/ Enforcement Agents as their ‘little brothers’ and have a tendency to side with them against members of the general public.

On Neil’s behalf I intimated a claim. In response,  DCBL advised that liability was disputed.  In the circumstances, I commissioned medical evidence and issued court proceedings.

DCBL filed a robust defence of surprising breadth, claiming that Mr Hussain’s attendance at the flat was carried out lawfully and in line with Schedule 12 of the Tribunals Courts and Enforcement Act 2007 and that there could not be a trespass where an enforcement officer executed his enforcement powers pursuant to Schedule 12 of that Act.

14(1) An enforcement agent may enter relevant premises to search for and take control of goods.

(2) Where there are different relevant premises this paragraph authorises entry to each of them.

(3) This paragraph authorises repeated entry to the same premises, subject to any restriction in regulations.

(4) If the enforcement agent is acting under section 72(1) (CRAR), the only relevant premises are the demised premises.

(6) Otherwise premises are relevant if the enforcement agent reasonably believes that they are the place, or one of the places, where the debtor—

(b)carries on a trade or business.

Remedies available to the debtor

66(1) This paragraph applies where an enforcement agent—

(a) breaches a provision of this Schedule, or

(b) acts under an enforcement power under a writ, warrant, liability order or other instrument that is defective.

(2) The breach or defect does not make the enforcement agent, or a person he is acting for, a trespasser.

(3) But the debtor may bring proceedings under this paragraph.

In their Defence, DCBL boldly asserted the proposition that – “An Enforcement Agent cannot be liable for trespass in any circumstances as per the Tribunals, Courts and Enforcement Act 2007, Schedule 12 Section 66(1)(2).”

In running such a Defence, it is my firm belief that DCBL were displaying ‘from the boardroom’ – as their individual bailiffs often do ‘on the doorstep’  – an arrogant misunderstanding, or even blatant disregard for the law. Essentially, DCBL were attempting to twist a provision which was designed to stop technical breaches of the Schedule, or defects in the writ, rendering a bailiff who was dealing with the actual debtor a trespasser in circumstances in which he would not otherwise be, into some kind of ‘general immunity’ from suit in trespass.

Neil, of course, was not the debtor named in the writ and therefore, I correctly argued, any defence available under s.66 could not apply to his claim; he was not a debtor, but an innocent third party.

If DCBL were correct in their interpretation of Schedule 12, this would in effect mean that Enforcement Agents had ‘carte blanche’ to enter the home of whoever they felt like, on the flimsiest of pretexts, if there was the vaguest suggestion that the premises were in someway linked to a debtor.

Of course, they were not correct, and whether they wanted to admit it or not, the responsibility now lay on the shoulders of DCBL to prove that Mr Hussain was a legitimately licenced High Court Enforcement Agent, that they had a valid writ and reasonable grounds to suspect that Neil’s house was the real debtor’s residence (as it was not the address of the debtor as given on the writ).

Given that the burden of proof lay with DCBL, I expected their solicitors to file detailed evidence in support of their claims.  All I got was a redacted Writ and a ‘search and trace’ result only, which told us very little.  The case proceeded to trial and as it did so I became more and more confident of success. 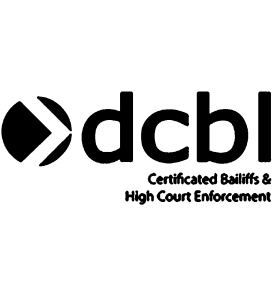 Firstly, DCBL  failed to adduce evidence that Mr Hussain was a certified High Court Enforcement Agent, pursuant to s.63(2) of the Act and Schedule 12 para.2.

(1) This section and section 64 apply for the purposes of Schedule 12.

(a) he acts under a certificate under section 64;

(c) he acts in the presence and under the direction of a person to whom paragraph (a) or (b) applies.

(b) an officer of Revenue and Customs;

(6) A person is guilty of an offence if, knowingly or recklessly, he purports to act as an enforcement agent without being authorised to do so by subsection (2).

Secondly, DCBL failed to adduce any evidence that Mr Hussain held a reasonable belief that the debtor usually lived or might reasonably be believed to be living at the flat. Similarly, there was no evidence to support the assertion in the Defence that the agent had reason to suspect that Neil was the person named on the writ.  There was no suggestion that Neil was of similar age, ethnicity or height to the debtor; basic information which a reasonable Enforcement Agent ought to have ascertained prior to entering a property not stipulated on a writ.

Thirdly, DCBL failed to adduce a copy of the alleged “Notice of Enforcement” which must be sent to the premises prior to a bailiff’s attendance there.  Neil maintained that no such letter/ notice had ever been received.  Such a Notice is a prerequisite to taking control of goods under para. 7 of Schedule 12 of the Act:

7(1)An enforcement agent may not take control of goods unless the debtor has been given notice.

(b)the form of the notice;

(d)how it must be given;

(3)The enforcement agent must keep a record of the time when the notice is given.

At Trial, having heard evidence from Neil himself, and arguments from DCBL’s barrister (but, rather disrespectfully, no attendance from either Mr Hussain or any other employee or director of DCBL) the Court concluded that DCBL, through the actions of their bailiff had –

Is it asking too much that those companies such as DCBL who make millions of pounds of profit each year through enforcing penalties for breaches of the law, should themselves both know what the law is, and respect it, whether in their company policies or the behaviour of their bailiffs?

Either DCBL do not understand the law which underpins their entire corporate existence and operations, or are blatantly disregarding it, as evidenced by the bogus Defence they put forwards in response to Neil’s claim.

A hostile or forced entry into someone’s home – even in pursuance to a Court Writ – is an invasion of privacy and violation of a person’s security which should be at all times conducted with professionalism and propriety, as well as a scrupulous respect for the law. Too often it is not; and one suspects that the way DCBL conducts itself from the very top (as evidenced by their response to this claim) is conducive to the kind of ‘cowboy culture’ we should not have to put with from those who bear the grandiose title of “High Court Enforcement Agents.”

Hopefully, DCBL will now show their respect for the law by promptly paying Neil’s damages within 14 days – failing which, I may have to send in the bailiffs…